Who is Emma Chamberlain Dating: You’ve probably heard of YouTube sensation Emma Chamberlain, but how much do you know about her dating and love life? Emma is known for bringing viewers into (nearly) every aspect of her life through her videos. However, at 21 years old and with over 11 million followers, the influencer keeps her love life extremely quiet. But recently, this has changed, and the YouTube Star has been vocal. So, let us find out who Emma Chamberlain is dating. 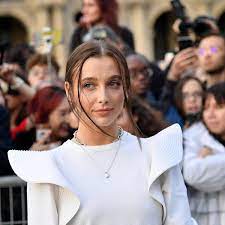 In 2019, Time magazine named her on Time 100 Next list and the 25 Most Influential People on the Internet list. “Chamberlain started an approach to vlogging that shook up YouTube’s unofficial style guide,” they said. Then, in April 2019, she created Anything Goes, her first weekly podcast series, and won “Best Podcaster” at the 12th Shorty Awards. Emma’s YouTube channel has 11.2 million subscribers, and she posts monthly vlogs.

Emma Chamberlain About her Relationships

Who is Emma Chamberlain Dating: Emma recently appeared as a guest on the Call Her Daddy podcast, where she discussed her channel, relationships, and other topics. Chamberlain typically keeps her romantic life quiet, but on this particular occasion, she spoke up about her previous romances without naming anyone. Here are some of her comments regarding her ex-boyfriends:

“I discovered that I didn’t feel as valued by the guys I dated in previous relationships. Because I feel like they usually kind of, one particular connection, but it was just like, I just felt like, you know, he was judgmental of the fact that I wasn’t a particularly feminine lady.”

“I felt like I wasn’t enough, and my feminine qualities weren’t enough. Therefore I felt like there was an effort to make me more feminine.”

Fans assume she was referring to her ex, Ethan Dolan. In 2018-19, the two were considered dating while also working on content for their group “Sister Squad,” which included Emma Chamberlain, James Charles, and the Dolan Twins.

Who is Emma Chamberlain Dating?

Who is Emma Chamberlain Dating: Rumour is that Emma is dating Tucker Pillsbury, also known as Role Model. Pillsbury is a 24-year-old American singer who exploded onto the music industry in 2017 with the release of his EP, Arizona in the Summer. He has almost 600,000 Instagram followers, and you can find him under the username @rolemodel. Emma has decided to keep that part of her life as private as possible.

“I don’t like to provide too many details about very, very sensitive areas of my relationships, be it with my family or friends,” she told W Mag. “I try not to exhibit too much of that. There is a line for me, and I prefer to keep things simple. “I’m not sure I’d ever have a public relationship,” she said. “And this isn’t based on any experience; it’s based on values, and I’m speaking from what seems right,” she continued.