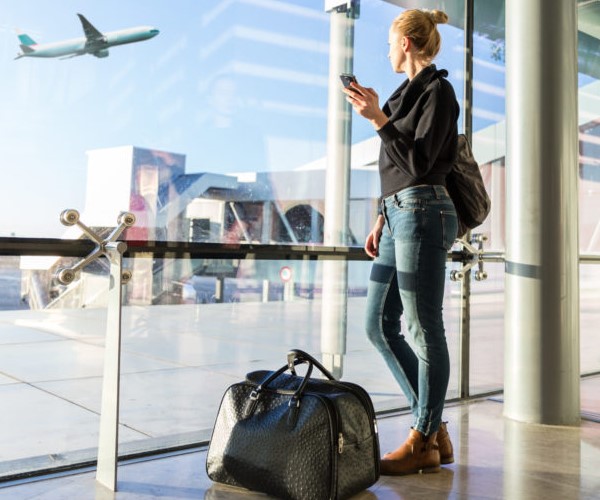 It’s more difficult than ever to predict the airport of the future because of the rapid advancement of technology at nearly every touch point. It is important to note that the three most important factors influencing airport passenger security are political pressure, environmental concerns, and passenger expectations.

An increase in terrorist attacks on public transportation and technological advancements are boosting the growth of the global airport passenger security market from 2020 to 2030, Allied Market Research forecasts.

The public has already taken notice of the smart airport, and the increasing use of smartphones and tablets has made the processing and parking at the smart airport and other amenities easier. We can expect to see even more rapid digitalization and transformation of airport IT and security services in years to come. The following are some of the most important technological trends in airport passenger security that will be implemented and advanced in the near future.

Shoe scanners use millimeter-wave imaging systems to scan shoes. This cutting-edge technology will be available soon. Passengers will no longer have to remove their shoes at security checkpoints, and the lines will be significantly shorter. There is no way to detect illegal drugs or other contraband in conventional shoe scanners. While conventional shoe scanners can only detect weapons and explosives, millimeter-wave scanners can also look for hidden electronics in shoes and footwear. The passenger will be subjected to a physical examination if the scanner detects anything suspicious. Passengers’ bags can be checked at the ticket counter using this technology.

As a result, there are now more screening posts than ever before, as the terror threat has grown. Aside from a primary checkpoint, airports of the future will feature additional security measures. Passenger drop-off areas, airport parking lots, and walkways leading to departure and ticket kiosks can all benefit from the addition of these layers of security. It will be easier to detect threats and the final security check will be much faster than it is now because of the additional layers of security.

Machine learning and artificial intelligence have already been integrated into a great many airport camera systems. Artificial intelligence (AI)-assisted passenger screening will, on the other hand, significantly improve security at airports. AI-enabled security devices will include radar, millimeter-wave imaging, and chemical trace sensors in the future. Detection of suspicious activity outside of the airport gates will make the travel experience more secure for passengers.

It has already been implemented in airport security systems, such as self-service kiosks and online check-in for airlines. Check-in desks are being phased out with the introduction of these automated devices as a result of their widespread use. In the long run, it will save a lot of time and money for passengers because airports will require fewer employees, which may lower the airline fare. Smartphones will also encourage self-automation in addition to this. As an example of automation, flight delays, boarding times, and flight cancellations are all sent to passengers’ smartphones via text message.

There are many benefits to using biometric technology in airport security. Automated checkpoints with biometric or blockchain security systems can verify passengers’ boarding passes and save time during final security checks. Biometrics have already been implemented in some airports by US Customs and Border Protection in order to expedite the immigration process.

Improved security can be achieved in addition to those trends already mentioned by implementing facial recognition technology, utilising cutting-edge systems to reduce false alarms, and developing airports with similar infrastructure for the benefit of travellers.

It’s never been easy to close the security gaps that exist. There are still a lot of manual security checks in place, and they can take hours or even days to complete on the weekends and on holidays. On the other hand, the implementation of new technologies will not only enhance overall security but also reduce the burden placed on travelling customers.