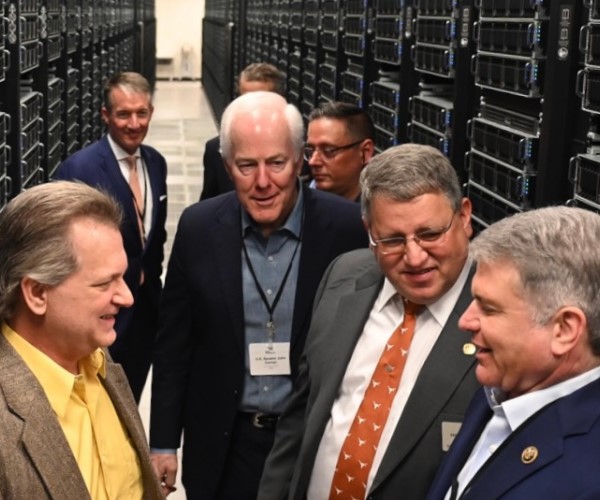 AUSTIN, Texas (KTRK) — The demand for semiconductor devices and systems has increased dramatically in recent years, as semiconductor devices and systems are now found in virtually every aspect of daily life. Because 75 percent of microchip production is concentrated in East Asia, America’s over-reliance on foreign manufacturers puts our supply chains at risk and jeopardises our long-term economic competitiveness and national security, according to the World Bank.

Because of the critical global shortage of microchips and semiconductor systems, The University of Texas at Austin is proposing to lead the Texas Institute for Electronics (TIE), a public-private partnership between the State of Texas, leading semiconductor systems and defence electronics companies, national labs, and 13 academic institutions across the state to bring cutting-edge semiconductor manufacturing back to American soil, secure the supply chain, and ensure a competitive edge.

In our nation’s semiconductor production ecosystem, investments will spur innovation, protect our nation’s security, create high-paying jobs, and promote the long-term economic viability of the United States semiconductor industry, “the president said. The research and talent from America’s leading research universities, including the University of Texas at Austin, is the starting point, according to Hartzell. Building on its long history and strong position, Texas has all of the elements necessary to develop a world-class public-private electronics ecosystem that is second to none. The Texas Institute for Electronics would contribute to meeting the commercial and defense needs of the United States while also establishing Texas as a national leader in the semiconductor industry. “

The TIE would consist of a network of fabrication plants (fabs) for research and development across academic institutions that would be focused on visionary technologies; a secure fab with the necessary clearance to support technology development and supply chain needs of the defence electronics sector; and an innovation fab to support current industry needs, maintain U.S. technological and economic advantages, and ensure supply chain security.

The CHIPS for America Act, co-sponsored by Cornyn and signed into law in 2021, aims to revive domestic semiconductor production by investing in microelectronics and increasing federal incentives to stimulate advanced chip manufacturing in the United States. The House and Senate are currently working to reconcile major legislation on innovation and competitiveness, which includes $52 billion in critical CHIPS Act funding. If approved, the Texas Institute for Electronics (TIE) and other regional public-private partnerships are expected to benefit from this funding.

In light of global supply chain disruptions, “it is imperative that we bolster our domestic semiconductor production capabilities, which rely on critical research and development,” Cornyn stated. According to the statement, “The CHIPs for America Act will provide cutting-edge facilities and programs to the next generation of scientists, engineers, and innovators to increase our manufacturing capacity, support economic growth, secure supply chains, and ensure long-term national security in Texas.”

US Rep. Michael McCaul said, “There’s no better place in the United States to strengthen our leadership in chip production than in Texas.” University of Texas at Austin-led investments in semiconductor research and manufacturing can help secure this critical supply chain, create high-paying American jobs, and grow the Texas economy, “he said.

In addition to the Cockrell School of Engineering (ranked No. 6 nationally by U.S. News & World Report), UT Austin houses several internationally recognized centers and labs that contribute to semiconductor advances, including the Microelectronics Research Center, Texas Advanced Computing Center, Army Futures Command, Applied Research Laboratories, and the NASCENT Nandan Center The other twelve Texas-based academic institutions’ centres of excellence would be utilised in this endeavour as well.

A Cockrell School of Engineering professor leading the TIE initiative, S.V. Sreenivasan, expressed gratitude to Senator Cornyn and Representative McCaul for their vision and leadership on the CHIPS for America Act. For our country to maintain and enhance semiconductor technology leadership, this investment is critical.”