Tony DeAngelo Controversy: The sports world was filled with the news of Tony DeAngelo being acquired by The Flyers. This news made a big splash early Friday morning that sent shockwaves throughout the National Hockey League. Tony DeAngelo, a talented but divisive defenseman, was acquired in a trade with the Carolina Hurricanes.

Here’s all you would want to know about the Flyers’ newest defenseman, his background, and what the team can expect from him on and off the ice.

What is DeAngelo’s Hometown?

Tony DeAngelo was born in Sewell, Gloucester County, about 20 miles away from the Wells Fargo Center. Tony then grew up in Washington Township and played for the Mercer Chiefs in his hometown. DeAngelo competed for the Junior Flyers in the Quebec International Pee-Wee Tournament in 2008.

“It’s a dream fulfilled for me,” DeAngelo said in a team statement issued on Friday. “I was born in New Jersey, but my entire family, except myself, is from Philadelphia.” That is where we resided. I’ve been a Flyers fan since I can remember. As I previously stated, it is a dream come true. “I couldn’t be more thrilled to slip the jersey over my shoulders.”

What position does DeAngelo play?

DeAngelo is an offensive defenseman who can create offence as a playmaker and with his shot. He specialises in power play quarterbacking, which he did well for the New York Rangers and the Carolina Hurricanes.

What were his professional stats?

Last season, the 26-year-old blueliner had ten goals and 51 points while also being a plus-30 for the Hurricanes. DeAngelo is a power-play specialist, scoring 22 points on the man advantage last season. DeAngelo has 157 points and 34 goals in 270 career games. His best offensive year occurred in 2019-20, when he reached his career high in points (53) and goals (15). 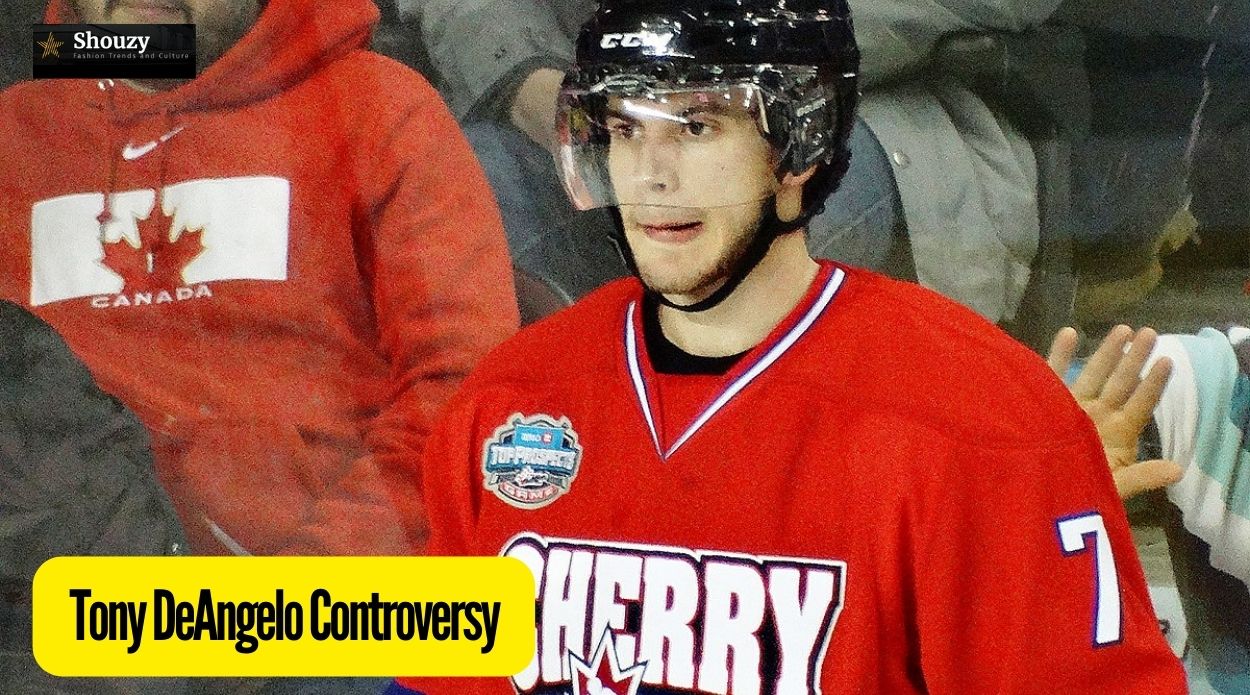 Should Flyers fans be ecstatic about the trade?

Tony DeAngelo Controversy: That is, indeed, complicated. DeAngelo fills a real need for the Flyers on the ice as a puck-moving defenseman and power-play quarterback. Tony is a smooth skater with a good shot who serves as insurance if injured defenseman Ryan Ellis’ health does not improve.

His defence is more of a concern because he is prone to turnovers and is undersized at 5-foot-11 and 180 pounds. On Friday, DeAngelo stated that he has made “strides” in this area. Still, it is difficult not to believe that his defensive numbers are a bit misleading and a byproduct of being a member of a legendary defensive team in Carolina.

In short, there are reasons to be excited, but there are also reasons to be concerned, as with most trades. In DeAngelo’s case, those concerns are less about his style of play. These are more about some off-ice issues that have landed the defenseman in hot water over the years.

What’s the contract he signed?

DeAngelo is a restricted free agent after signing a one-year deal with the Hurricanes last season to repair his image in the league. The Flyers technically acquired his negotiating rights rather than the player. But reports indicate he has agreed to a two-year, $10 million ($5 AAV) contract with the team.

Why is DeAngelo’s transfer considered controversial?

Tony DeAngelo Controversy: DeAngelo, as good as he is offensive, comes with a lot of baggage and a troubling past. While playing for the Sarnia Sting in junior hockey, he was suspended twice by the Ontario Hockey League. This violated the league’s harassment, abuse, and diversity policy. Both incidents allegedly involved DeAngelo using racially insensitive language toward an opponent or a teammate. On another occasion, he was suspended for three games for verbally abusing referees in juniors.

The Rangers sent DeAngelo away from the team. Eventually, they waived him after several behavioural issues, the final being a physical altercation in 2021 with then-Rangers goalie Alexandar Georgiev.

DeAngelo has previously expressed his support for former President Donald Trump on Twitter. This was controversial, particularly during the Capitol attack. DeAngelo was slammed on his Twitter and deleted his account. He also received criticism for downplaying the COVID-19 pandemic on social media.

In a statement issued on Friday, Flyers general manager Chuck Fletcher addressed some of those character concerns.

“We’re thrilled to have Tony on board, and I know he’s thrilled to be joining the Flyers,” Fletcher said. “We did our homework and are confident in Tony’s ability to assist our team.” He is a right-handed shooter who moves the puck extremely well and will provide offensive support for us from the back end.”