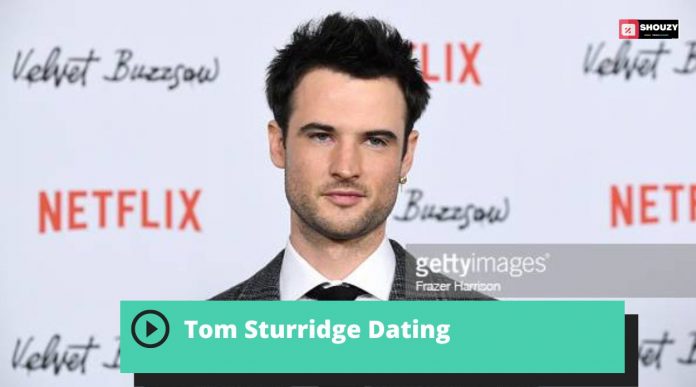 Many people don’t know about Tom Sturridge that much. The young actor recently emerged as a popular figure in the Netflix adaptation of The Sandman. This got folks interested in knowing who the talented actor is and about his personal life. Fans are therefore impatient to know about Tom Sturridge Dating information and we are here to provide you with that. So, keep reading on!

The actor has been with his fair share of ladies and fans are excited to know who the current woman in his life is.

Tom Sturridge is an English actor who has appeared in films such as Being Julia, Like Minds, and The Boat That Rocked. He was nominated for a Tony Award for Best Actor in a Play in 2013 for his performance in the Broadway play Orphans, and he was nominated again in 2020 for his role in Sea Wall/A Life.  He has played Dream of the Endless / Lord Morpheus in the Netflix adaptation of The Sandman since 2022.

Sturridge was born in Lambeth. His father was director Charles Sturridge and his mother is actress Phoebe Nicholls. His sister, Matilda Sturridge, is an actress.

Sturridge began his career as a child actor, appearing in his father’s 1996 television adaptation of Gulliver’s Travels alongside his mother. The plot revolves around two boys, Alex (Eddie Redmayne) and Nigel, who are assigned as roommates.

In 2004, he made a comeback with Vanity Fair and Being Julia.

In 2009, he made his stage debut at the Lyric Hammersmith Theatre in Punk Rock, a newly dramatized play by Simon Stephens at the time. Sturridge received a Tony Award nomination for his performance in the Broadway play Sea Wall/A Life, opposite Jake Gyllenhaal.

Sturridge was confirmed to play Dream of the Endless / Lord Morpheus in the Netflix adaptation of The Sandman in January 2021.  Neil Gaiman, the author of The Sandman, estimated in a May 2022 interview that he had personally seen “about fifteen hundred” auditions for the lead character of Morpheus, but stated that Sturridge had been among the most likely to be chosen for the role since “the first ten auditions.”

Who is Tom Sturridge Dating Now?

Tom Sturridge appears to be dating British writer, model, and fashion designer Alexa Chung. The rumoured couple was spotted sitting courtside at Wimbledon on July 3. Sturridge and Chung were seen locking lips at the sporting event, according to a source. There were several photos taken of them and they made headlines in various articles.

Sienna Miller, Sturridge’s ex-fiancée, was also spotted at the event, sitting right in front of them with her new boyfriend, Oli Green. Both the couples appeared to be on a double date. Sturridge and Miller were spotted together at the American Woman premiere party during the 2018 Toronto Film Festival. So, there is a fair assumption that there wasn’t any bad blood between them.

But seeing them out together, especially with their new partners, is still surprising.

Sturridge and Chung have not publicly announced their relationship, but this is the second time they’ve been seen together. They were spotted together at the Glastonbury Festival on June 27. Although the photo provided does not necessarily prove Sturridge and Chung are romantically involved, it is pretty clear they are after their most recent outing on July 3rd.

Who has Tom Sturridge dated till now?

Sturridge has had several relationships over the years. From 2011 to 2015, he dated actress Sienna Miller, with whom he was engaged at one point. They also have a beautiful daughter named Marlowe. Sturridge has also dated Stranger Things actress Maya Hawke, French singer Juliette Buchs, Scream Queens actress Abigail Breslin, and actress Camilla Belle.

The guy has dated a roster of women who men would kill to have. And he is still going strong!

I hope you liked this article on Tom Sturridge Dating. Stay tuned for more!