The Next 365 Days review is needed immediately. This is to alert the audiences that may try to watch it and inform them of what a trash movie it is. Let us just get to the movie review without further delays.

There is a plot, though it is so bland and simple that it could be written on the back of a condom packet. With her marriage to Sicilian gangster Massimo (Michele Morrone) on the rocks, Laura (Anna-Maria Sieklucka) begins fantasizing about having sex with Nacho (Simone Susanna), her husband’s former gardener, with whom she also fantasized about having sex for much of the second film. When Laura reconnects with Nacho on a trip to Portugal – he’s a star surfer now – Nacho declares his eternal love for her. Should she leave Massimo for Nacho, who appears to be less of a jerk than her husband, or give her marriage one more chance?

Given that Laura and Massimo’s relationship began when he kidnapped her and gave her 365 days to fall in love with him. Seriously, that’s the first film’s entire plot. This should be a fairly straightforward warning of the upcoming movies. 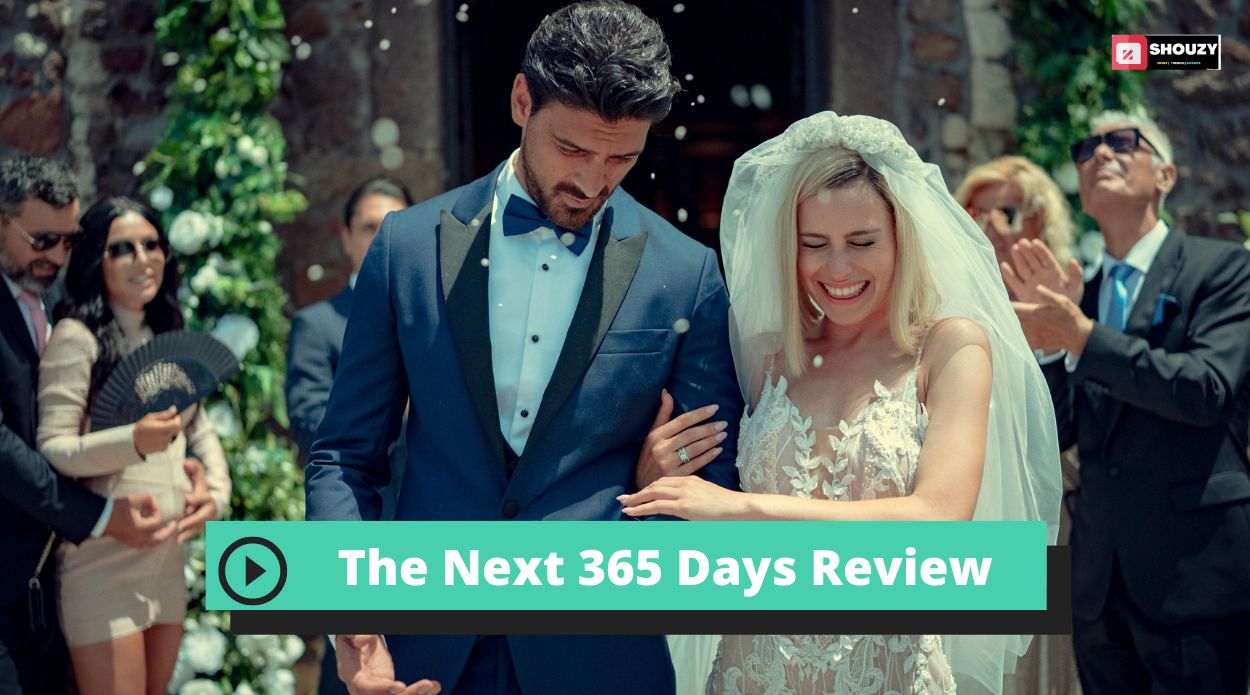 The Next 365 Days Review In Brief:

Terrible acting is unavoidable in this film. However, Morrone stands out thanks to some cartoonish brooding and his peculiar tendency to shout certain words. “You’re so wet” is the only line he delivers convincingly. Although the directors provide a sex scene every 10 minutes or so for the first two-thirds of the film, they are unusually cautious when depicting drug use. Massimo has a massive platter of cocaine in front of him, but the camera cuts away before he snorts it. It’s probably best not to ask why.

To be really honest, this movie is so bad that it makes the 50 Shades of Grey trilogy look like high art. The lone star in the review goes to the location manager, who crisscrossed Europe to find all the blandly luxurious pads where this soulless nonsense takes place.

Ratings Of The Next 365 Days

The Metacritic user score is 2.4, which is the epitome of bad. The basis of the score are five reviews which tend to be generally unfavourable.

The Audience Score on Rotten Tomatoes is 42%, which is still less than average. The basis of the rating is more than 50 reviews.

IMDb rating is considered the most authentic rating worldwide. IMDb gave the movie a measly 2.7 out of 10 based on over 3.8K reviews.

The Top Review on IMDb said:

“A fitting title for the entire trilogy of films. In terms of images, the film surpasses 50 Shades of Grey. Still, in terms of acting and story… everything is done in a dismissive and completely unrelated manner. The only plus of the film is that those who like music will find something to like or enjoy the images shown in various halls, but nothing else.”

All in all, the movie is trash. The movie is widely considered to be highly masochistic, and a knock-off of 50 shades of Grey.

I hope you liked this review of The Next 365 Days Review. Stay tuned for more!