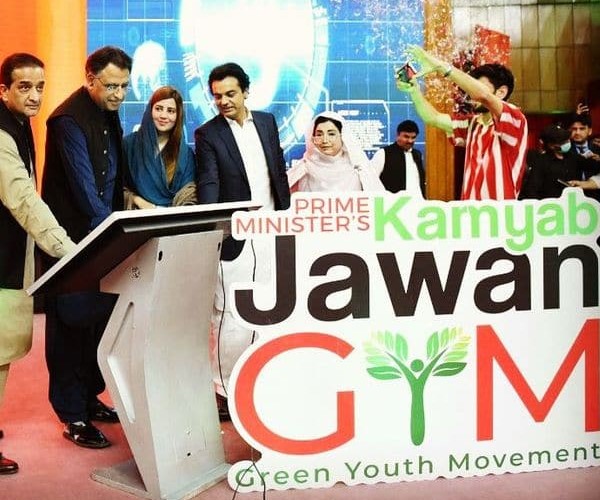 Asad Umar, Federal Minister for Planning and Development, Reforms and Special Initiatives, reiterated the PTI government’s commitment to making Pakistan green and clean, saying that the Green Youth Movement (GYM) would play a significant role in mitigating the effects of climate change on the environment.

As part of the prime minister’s Kamyab Jawan Program, the minister inaugurated the Green Youth Movement at the Convention Center in Islamabad this week.

The ceremony was attended by Zartaj Gul, Usman Dar, the British Council Pakistan Country Director, Amir Ramzan, the Chairperson of the Higher Education Commission, Shaista Sohail, and a large number of youth and students from various universities, as well as stakeholders in the educational sector.

According to Federal Minister Asad Umar, Pakistan is the world’s 10th most affected country by climate change. However, he stated that new dams are currently being built and should be completed within the next five to seven years.

Also read: Smartphones can be cooled with new material

The minister said when explaining the Green Youth Movement that this initiative will prove to be a milestone in engaging youth and enhancing their capacity building, the ability and attitude to help Pakistan grow.

Deputy Climate Change Minister Zartaj Gul said that the Kamyab Jawan Program has helped young people make more informed decisions. With this goal in mind, the prime minister has enlisted the help of these organizations to help the country’s young people develop the skills necessary for success and prosperity.

Usman Dar told the audience that the Kamyab Jawan Program, launched by PTI, has played a key role in creating jobs and engaging youth, and adding that it also provides business opportunities for Pakistani citizens.

British Council Pakistan Country Director Amir Ramzan said that the British Council is pleased to work with the Pakistani government on Kamyab Jawan’s Green Youth Movement. Our youth’s future, he said, would rest on the shoulders of those who take action now.

137 universities and 2.5 million students will be involved in the Green Youth Movement initiative, according to Higher Education Commission Chair Shaista Sohail. This initiative is a collaboration with the British Council and the School of Leadership Foundation (SoLF). She said that more than 65,000 jobs would be created as a result of this plan.

The British Council will contribute 2.8 million pounds to the Green Youth Movement initiative, while the Pakistani government has already invested Rs. 238 million in this much-needed initiative.