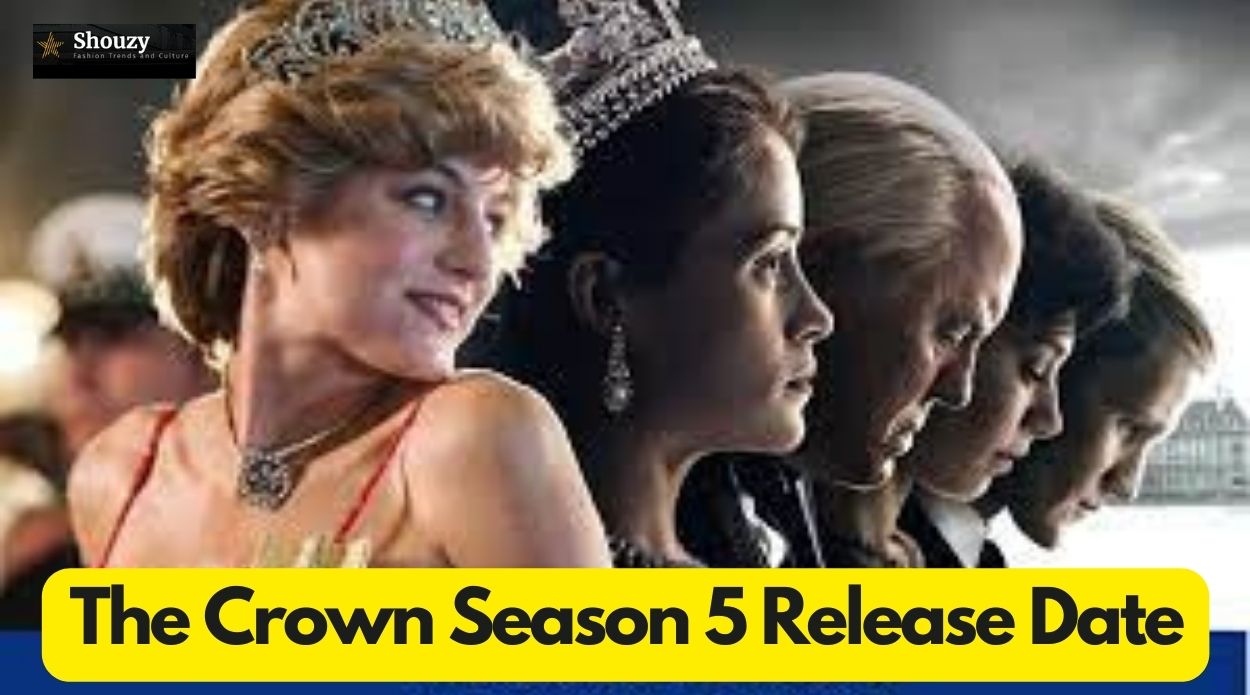 The Crown season 5: The fifth season of The Crown, which has always been shown in the winter, will be available to stream on Netflix in November 2022. Although the streaming behemoth hasn’t yet revealed the precise date. If it follows the previous pattern, it will probably premiere on the 2/3 Friday of the month. In case you are curious about The Crown’s filming break, which is always planned into their calendar, gave them time to recover and prepare the final group of actors for their parts. This is why season five has been delayed by two years.

Who are The Crown season 5 actors?

Just like the way the previous season’s actors were replaced, it’s also applicable to season 5. Get relaxed as we detail to you the cast in the movie. For the 5/6 seasons of The Crown, the entire cast will be recast to reflect the characters’ advancing years. For seasons 5 and 6 of The Crown, Imelda Staunton replaces Olivia Colman as Queen Elizabeth II. After Claire Foy, who portrayed the young Queen in seasons 1 and 2, she will be the third actress to have donned the crown in the series. The Crown’s Princess Margaret will be represented by Lesley Manville in seasons 5 and 6, succeeding Helena Bonham Carter (seasons 3 and 4) and Vanessa Kirby (seasons 1 and 2). Jonathan Pryce is set to take over the role of Prince Philip, Duke of Edinburgh, from Tobias Menzies. Matt Smith played the role in seasons 1 and 2. Pryce recalled his “positive” experience making The Two Popes with Netflix as part of his reason for signing up to play the real-life character. He said, and I quote; “I am delighted to be working with Netflix again.

Diana will be played by Elizabeth Debicki starting in season 5

In season 4, Emma Corrin portrayed the role of Lady Diana Spencer, Diana will be played by Elizabeth Debicki starting in season 5. Josh O’Connor, who debuted in season 3, previously played Prince Charles. The Wire and The Affair are where Dominic West is best known for his acting. More recently, he played Vinnie’s inept GP in the first two seasons of the comic series Brassic on Sky One. In addition to his impending part in The Crown, he recently co-starred with Lily James in the BBC production of the classic book The Pursuit of Love by Nancy Mitford. There are still many other actors like Prince Charles’s eldest son, who will play the son of the man who plays him(Prince Charles) in The Crown As Camilla Parker Bowles, Prince Charles’ mistress and the “third person” in the marriage Diana alluded to in her 1995 interview with Martin Bashir, Olivia Williams replaces Emerald Fennell in the role.

Other members of the royal family:

We will additionally be seeing new faces taking part in the rest of the Royal Family in season 5.

The cutest casting for the season may be Senan West, Dominic West’s son, who will be playing a younger Prince William. Lesley Manville will play Princess Margaret along with Claudia Harrison as Princess Anne, James Murray as Prince Andrew, and Sam Wolf as Prince Edward.

We will be seeying hamayun sayeed portray the role of dr. hasrta Khan, The Crown Season 5 will additionally see two prime ministers during the season. Prime Minister John Major will be played by means of John Lee Miller, whilst his successor, Prime Minister Tony Blair, will be performed by way of Bertie Carvel.