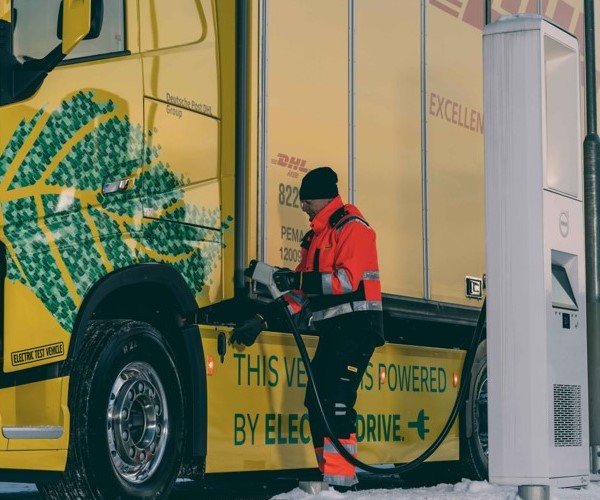 According to a study, an engine technology that uses plant-based fuels such as ethanol to power heavy-duty trucks can reduce emissions more effectively, assist operators in meeting sustainability goals sooner, and lower costs more effectively than other methods currently available.

ClearFlame Engine Technologies commissioned Gladstein, Neandross & Associates to conduct a study on the total cost of ownership (TCO) and predicted emissions performance of ClearFlame’s engine modification system. The study estimates that the technology can reduce the carbon emissions of a truck’s lifetime by 42 percent compared to diesel and by 22 percent compared to battery electric vehicles.

It also found that electric and hydrogen platforms have the potential to emit no tailpipe pollution. It is true that electric heavy-truck fleets and infrastructure are on the rise, and that the Department of Energy expects electricity to be cheaper than diesel by 2035, but the report says that lagging fuel and charging systems as well as the cost per mile of operations are major roadblocks to making the switchover.

Fitch found that road freight transportation still has a lot of work to do in terms of mitigating environmental risks, and the clearest path is to switch to biofuels and hydrogen, which could reduce emissions by 20% through 2050.

It’s because of this that ClearFlame’s technology can reduce emissions and costs more quickly, according to Gladstein, Neandross & Associates. Heavy-duty trucks can run on alternative fuels, such as ethanol, thanks to new engine technology.

The ethanol technology report also states that other feed sources developed by the ethanol industry could have a lower carbon intensity, which could further reduce greenhouse gas emissions. The use of more corn fiber and stover and the addition of carbon capture to production facilities, for example, could reduce emissions by 69-83 percent compared to diesel.

Some facilities in the Midwest have developed carbon capture and permanent sequestration through ethanol production. That includes one of the world’s largest such projects by Summit Carbon Solutions, which has committed to deliver more than 8 million metric tonnes of carbon dioxide per year from 31 facilities.

In October 2021, when the Gladstein, Neandross & Associates study was conducted, the national average price of diesel was $3.48 per gallon. Trucks powered by the technology would cost 8 cents less to operate per mile than those powered by diesel, 9 cents less by natural gas, 97 cents less by electric, and 61 cents less by hydrogen.

To meet the same emission standards as modern diesel engines, ClearFlame claims its technology will be able to comply with California’s Low NOx Heavy-Duty Omnibus Regulation and additional regulations issued by the Environmental Protection Agency (EPA).

Energy Information Administration data shows that ethanol, a key component of sustainable aviation fuel, was the third most commonly used road transportation fuel in the United States in 2021.