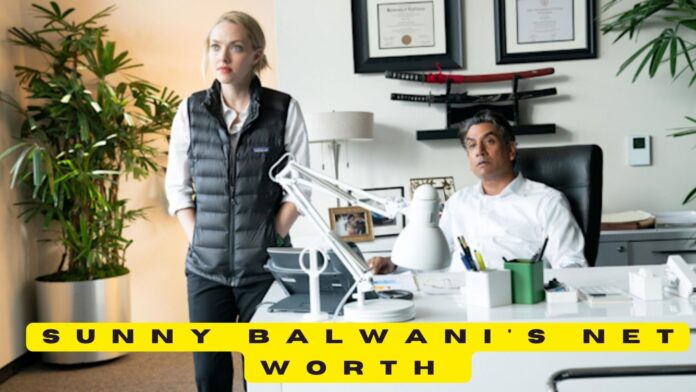 Sunny Balwani is a Pakistani-American businessman who is the former president and COO of Theranos, founded by the infamous Elizabeth Holmes.

Balwani was born on June 13, 1965, in Sindh, Pakistan. The identity of his parents remains unknown as he does not talk about them. Its also not known whether Balwani has any siblings. Balwani and his family later migrated to India, where he spent most of his childhood. The family later came to the United States, where he enrolled in the University of Texas at Austin to pursue his undergraduate degree.

He graduated and went on to work for companies like Microsoft and Lotus Software before launching his own company in 1998, CommerceBid. The software development company was one of the pioneers in helping businesses sell and buy items over the internet.

The next year, CommerceBid was purchased by a business development software company, which allowed Balwani to join the board of this company. Anticipating the company may run under, Balwani decided to sell his shares in 2000, walking away with $40 million. But some missteps and some bad financial decisions would eventually leave Sunny Balwani’s net worth looking pretty different, as happens to many people who come into wealth very quickly. So, the lesson to take here is Finacial Management is a MUST!

Balwani went on to pursue a Master of Business Administration degree from the University of California, Berkeley. It was during this time that Balwani, aged 37, met Holmes, who was 18 at the time and in her senior year of high school. The pair met for the first time in Beijing, China, on a language exchange program and stayed in touch. Balwani was studying for a graduate degree in computer science, while Holmes was pursuing her undergraduate degree in chemical engineering. Within time, the pair struck up a romance.

As shown in Hulu’s The Dropout, Holmes dropped out of Stanford to focus full-time on Theranos, her startup that promised to revolutionize the medical blood-testing industry. As Theranos took off, Balwani also dropped out of his graduate program in 2008.

After Launching Theranos, Holmes was struggling to secure backing for the new company. That is where her Boyfriend stepped in. Balwani provided Holmes with a $13 million personal loan to help fund her fledgling business. The loan was interest-free (Source: ABC News), and Balwani had basically bought his way into the Theranos executive board.

In 2009, Holmes brought Sunny Balwani officially to Theranos and was appointed as president and chief operating officer(COO) of Theranos, duties which include overseeing the day-to-day operations of the company. According to his attorney Jeffrey Coopersmith, Balwani’s Salary in Theranos was a reported $1.

Balwani was married to Japanese artist Keiko Fujimoto. While being still married to Fujimoto when he met Holmes, their marriage had already ended in divorce by the time Holmes moved in with him in his condo in Palo Alto in 2005. He dated Elizabeth Holmes for many years, but as of now, Balwani is single.

Sunny Balwani owns over ten luxury cars. These are:

He currently resides in a 9,000-square-foot luxury villa in California. This villa was purchased at a staggering USD 16 Million. Sunny Balwani has laundered money from Theranos to acquire this property, which is also under investigation by the authorities.

He also has an expensive collection of watches. These include: