House of the Dragon is a drama TV series aired in the United States. It is the second show in the Game of Thrones franchise, created by George R. R. Martin and Ryan Condal for HBO. HOTD serves as a prequel to Game of Thrones (2011-2019). Both series are based on Martin’s novels A Song of Ice and Fire. The show’s creators are Condal and Miguel Sapochnik. The show is set around 172 years before the birth of Daenerys Targaryen, the descendant of the royal house, and 100 years after the Targaryen Conquest unites the Seven Kingdoms.

It depicts the beginning of House Targaryen’s demise and the events leading up to it and covers the Targaryen war of succession, popularly known as the “Dance of the Dragons.”

In October 2019, House of the Dragon was ordered straight to series, with casting beginning in July 2020 and principal photography beginning in April 2021 in the UK. The show premiered on August 21, 2022, with ten episodes in the first season. The series was renewed for a second season five days after its premiere. After the first season, Sapochnik stepped down as showrunner, leaving Condal as the sole showrunner for the second season.

The Dragon’s House ‘The Princess and the Queen,’ Episode 6, felt like the start of a new season. Ryan Condal and Miguel Sapochnik shocked the audience by demonstrating how much can change in a decade. The latest Episode, dubbed the “second pilot,” introduced us to a new generation of dragon-riders while setting the tone for the division of the Targaryen dynasty into Blacks and Greens.

The last Episode concluded with Ser Criston being saved by Alicent and Rhaenyra getting married to Ser Laenor. He takes that as an excuse to expose as much as possible of Rhaenyra’s wrongdoings. Hence, Ser Criston takes that as a reason and justification to expose as much as possible of Rhaenyra’s transgressions. He starts by goading Harwin Strong about the parentage of Rhaenyra’s children. This action, and Harwin’s reaction, have a domino effect on the rest of the Episode and undoubtedly affect much of the series moving forward.

Another ally that Alicent has is Lord Larys Strong (Matthew Needham), whom Sapochnik dubbed “one of the villains” in the series going forward. Sapochnik: “He feels he’s the only one who sees her truly” as a villain. 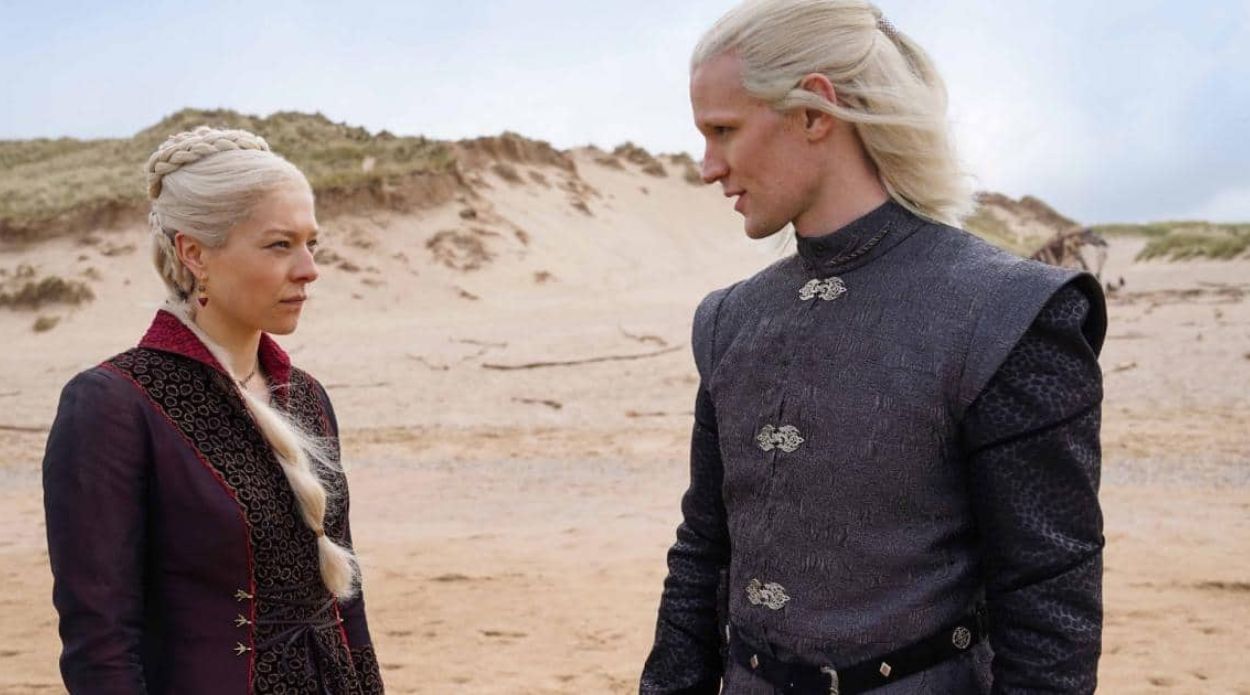 According to Sapochnik, “Episode 6 marks the “beginning of the shift,” in which the story begins to focus on the children. The new Episode introduced us to the new players in this game of thrones and those who will carry their parents’ grudges.” Aemond and Aegon, as well as Jace and Luke, are introduced. “We’re looking into family beef being passed down to our children,” Hess said.

Alicent and Viserys’ children, Aegon (Ty Tennant), his sister Helaena, and their younger brother Aemond, now occupy one corner. In contrast, Rhaenyra and Harwin Strong’s children, Jacaerys “Jace” Velaryon, Lucerys “Luke” Velaryon, and Joffrey Velaryon, occupy the other. The consequences of the Dance of Dragons will have a long-term impact. This will affect not only the family but also on Westeros as a whole. Condal: Within these families, there’s a lot of unsaid, unspoken drama. And Viserys’ deep-seated internal family issues come to a head.

I hope this article on Showrunners of House of The Dragon was helpful. Stay tuned for more!

Also Read: The Last of Us HBO Release Date