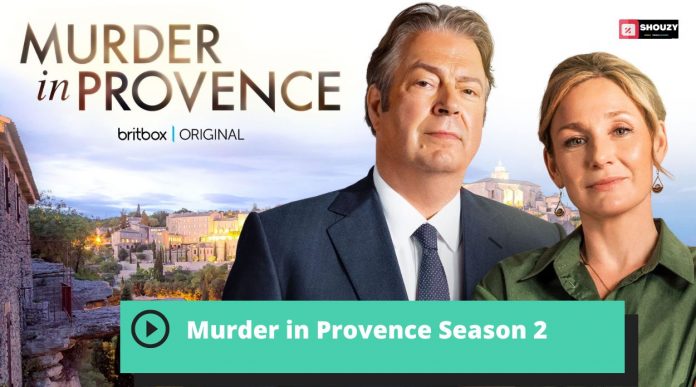 The crime genre is a very saturated and hard genre to compete in. Murder in Provence has, however, proven its mettle when the first season came out. The story moves along steadily, and the characters are intriguing and relatable. The show bases itself on a novel, and we know, usually, novel adaptations are good. Season 1 of the series was very intriguing, and fans now want to know about Murder in Provence Season 2 release date, cast, trailer, and more!

Solving crime series can be time-consuming, especially when you have to detail what happened at the crime scene. You must consider the minor details of blood spilling—the corpse’s posture and the murderer’s technique. But, when it comes to solving crimes, nothing beats beautiful scenery. As seen in Murder in Provence, it at least makes solving the cases bearable.
Adapted from M.L. Longworth’s famous books, the show is written by Shelagh Stephenson, an English playwright; the story revolves around a couple who work together to solve some of the terrifying mysteries you’ve ever encountered.

So far, Britbox, the show’s official channel, has not revealed whether or not we will see the next installment of our favorite show. Many things have to be taken into before we see another season, and since ratings are essential in determining whether or not a show gets renewed, a 7.7/10 on IMDB is a good number.
Because the series bases itself on a novel, the creator can draw from plenty of material when writing the second season. If the show renews soon enough, we can anticipate a second season in 2023 or early 2024.
Also Read: Morbid Podcast Controversy

Murder in Provence, adapted from M.L. Longworth’s books, follows Antoine Verlaque, an Investigating Judge in Aix-en-Provence, and his romantic partner Marine Bonnet as they investigate murders, mysteries, and the dark underbelly of their idyllic home. Hélène, a detective and Antoine’s confidante, assists them in their efforts.
While the specific crimes that the trio will face are being kept under wraps for the time being, Monumental Television’s Alison Owen has promised: “The pairing of Roger Allam and Nancy Carroll as Antoine and Marine is just delicious and promises sparring and fun as they solve crimes in one of the world’s most beautiful landscapes.” 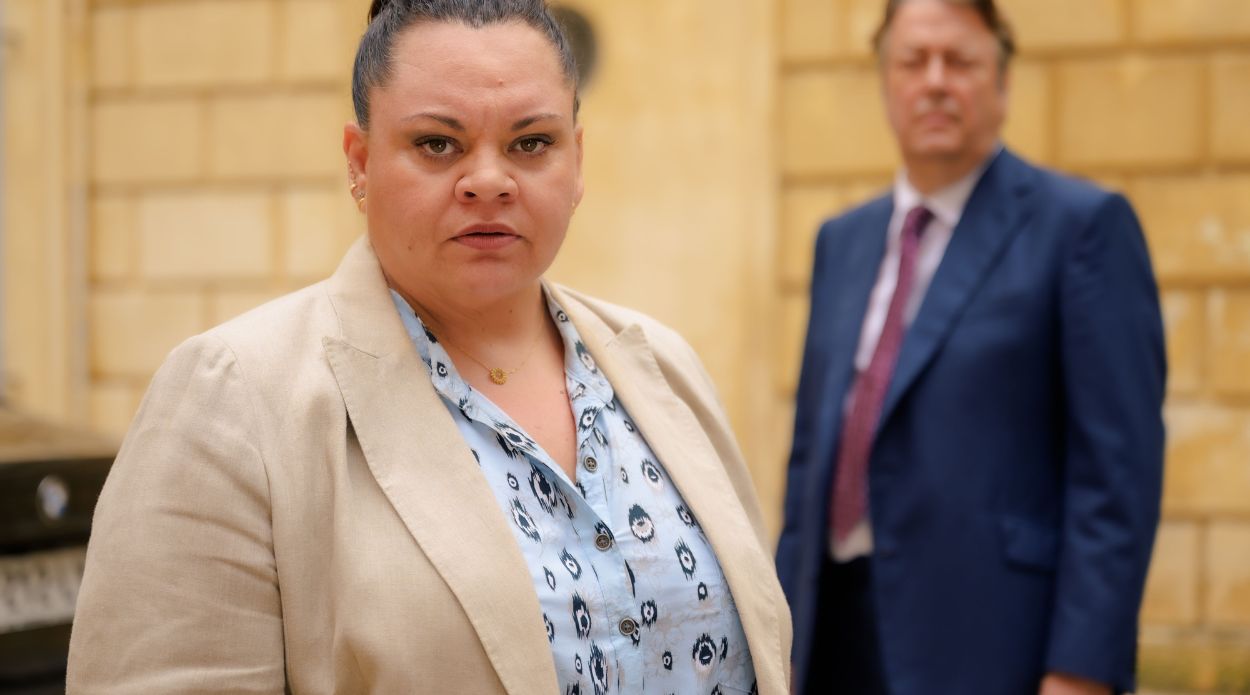 Since viewers took to Twitter to express their dissatisfaction with how the series Keala Seattle’s role was played by American and British actors, it is unclear whether the characters will return for the second season.
If they return, we expect the power couple to solve the cases as diligently as they did before. The two, played by Roger Allam as Antoine Verlaqu and Nancy Caroll as Marine Bonnet, solve crimes in their hometown. They co-starred with Keala Settle. The cast members are Patricia Hodge, Kristy Bushell, Geff Francis, Samuel Barnet, and Christopher Tek.

In an interview with Allam, he expressed his desire for a second season – and not just because of the lovely work environment!
When asked how excited he is for Murder in Provence to return to ITV, Allam replied, “Very much so!” It broadens the audience and encourages everyone to commission another series!”
Allam is unsure what would happen if it returned. “You just want things to change and not remain the same.” That’s all, but I’m not sure how I want it to develop in the end.”
Indeed, this would imply more filming in Provence. “Definitely,” the Endeavour star laughed.