Morrissey Controversy: Steven Morrissey is an English songwriter, singer, and author better known as Morrissey. He rose to notoriety as the vocalist of the Smiths, a rock band active from 1982 to 1987. He’s had a great solo career since then. Morrissey’s music is distinguished by his baritone voice and unusual lyrics. The lyrics state emotional solitude, sexual longing, and dark humour, and anti-establishment attitudes. 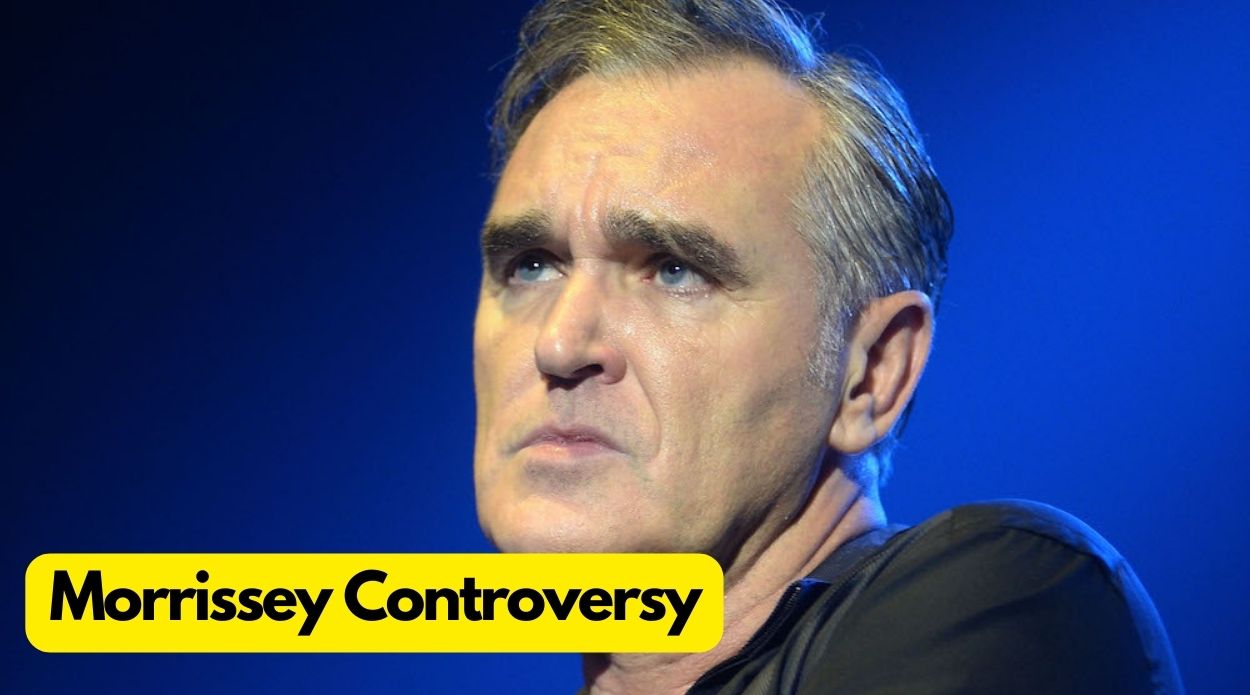 Controversies, here and there.

Morrissey Controversy: Morrissey has been in the spotlight for almost 40 years. He’s been brought onto Chicago’s Riot Fest as half of a replacement for Nine Inch Nails. Morrissey’s recent appearance at Riot Fest in 2016 left many festival-goers angry. His current political views are the absolute antithesis of punk. The news is that Morrissey has been brought onto Chicago’s Riot Fest lineup as half of the replacement for the Nine Inch Nails band.

Morrissey was the icon as the frontman of The Smiths. Morrissey’s fans felt they could identify with Morrissey. You definitely have to resonate with the guy with lyrics that pierce your soul.

But disagreements between the Smiths’ guitarist, Johnny Marr and Morrissey led to the group splitting after only five years together in 1987.

This bought a big chunk of Fanbase from The Smiths to Morrissey’s Solo career.

Morrissey hoisted the Union Jack flag, an unmistakable emblem of the far-right at the time, at an event that attracted skinheads in 1992. Lyrics like “Shelve your western plans and recognize that life is hard enough when you belong here” in his solo work were so anti-immigrant that he began losing supporters. He wasn’t just pro-Brexit; he was also pro-For Britain, a far-right wing of the Conservative Party led by Anne Marie Waters.

Morrissey is an outspoken supporter of the anti-Islam For Britain campaign. This campaign alleges that Islam is “personally responsible for unspeakable violence to women, atheists or apostates, children, and animals.” Morrissey sported a “For Britain” pin for his appearance on The Tonight Show in 2019, further solidifying his political stance. For Britain distributed false information about immigrants and asylum seekers. Their justification was that they “pose a direct threat to the safety of British citizens.”

Morrissey has only continued his Controversy.

Morrissey is a strong supporter of For Britain. It’s equivalent to being a die-hard Trump supporter. In 2017, Morrissey defended Kevin Spacey, Harvey Weinstein, and other known sex offenders.

“Those folks knew exactly what would happen [when they walked up to Weinstein’s hotel room], and they played along,” he insisted. In both cases, Morrissey does a great job of victim-blaming without considering the perpetrator abusing their power. Even though animal rights are on the progressive side of the political spectrum, he utilizes his beliefs to condemn halal practices, which are a Muslim tradition.

Furthermore, he imposes his veganism on everyone while claiming “free expression.” In true Riot Fest tradition, they produced a “Pork Morrissey” sandwich for attendees.

Morrissey fans were so angry they created a “Pork Morrissey” sandwich to satirize the situation. Puffs of Doom, whose owner is vegetarian, said Morrissey’s meat mandate hurt small businesses.

Morrissey will once again be an outsider at a festival that tends to lean towards social rights and progressive activism.

Morrissey will be an outcast at a festival that values social justice and progressive campaigning.