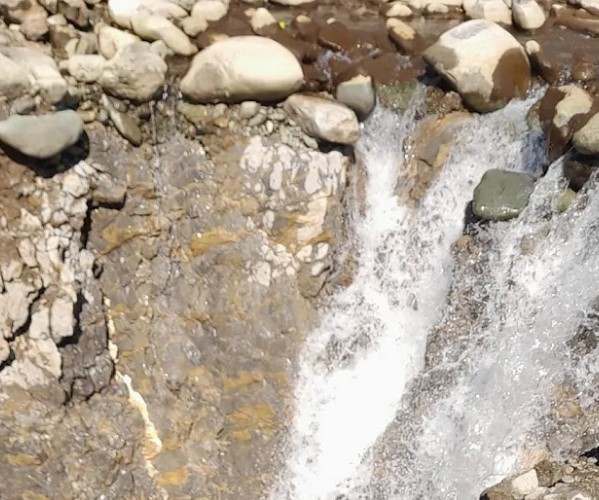 The J&K administration may enlist the help of foreign agencies as well as scientists and experts from the National Institute of Technology (NIT) Srinagar to figure out what caused the sinkhole in a snow-fed stream in Kokernag, Anantnag district.

Anantnag district in South Kashmir’s Anantnag district, as well as other parts of Kashmir, could be mapped for underground cavern systems, according to officials. It’s possible that some foreign expert teams could also be enlisted to investigate the phenomenon.

Several springs and streams in Anantnag’s district can appear and disappear at any time, according to a senior district official, and experts in cave diving and geophysical surveys will soon be brought in to conduct the necessary investigations. A sinkhole formed in the Bringi trout stream in Kokernag in February of this year, causing the riverbed to dry out for several kilometres downstream, which is something that should be mentioned.

A team of experts from the National Institute of Technology (NIT) in Srinagar has now concluded that the Bringi stream, which disappeared in the sinkhole, has reappeared some 16 kilometres downstream at Achabal health resort, which is known as Mughal Garden, on the Anantnag-Kokernag road in the Anantnag district of South Kashmir.

At a recent high-level meeting, the government took serious note of the sinkhole in the Brengi stream, and various teams have submitted their reports to the authorities on this phenomenon and suggested possible remedies, including the mapping of underground cavern systems. As its name implies, Anantnag has a plethora of streams meandering through it, and the government is seeking scientific input on whether or not more streams in South Kashmir could develop sinkholes like this in the future. There are dozens of known and unknown streams in the area.

Locals in the villages downstream of the Brengi tributary, which eventually flows into the Jhelum, were understandably alarmed, given how heavily they relied on this stream’s water for their agricultural and other livelihoods. Because of the discharge from Achabal health resort, 16 kilometres away, thousands of trout fish, particularly fingerlings, died downstream of Brengi.

In spite of initial government efforts to divert water away from the sinkhole stretch following inspection, the stream soon developed seepage, necessitating the assistance of NIT Srinagar experts once more Anantnag district officials say that the final report has not yet been completed, but preliminary studies have shown that the phenomenon was caused by the karst topography of the area. J&K officials from the departments of geology and mining, as well as fisheries, have already begun filling the sinkhole with naturally graded material and crates.

Scientists have already predicted that the snow-fed rivers Lidder in Pahalgam and Rambi Ara, which originates in Shopian’s Mughal Road area, could contain more sinkholes in South Kashmir’s Anantnag district.