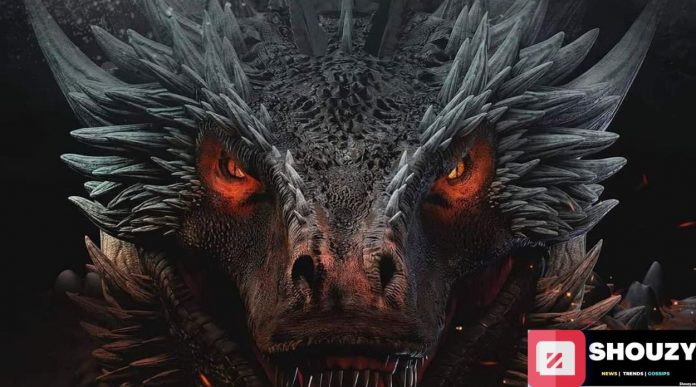 The House of Dragon Premiere has come out today after long long waiting. You guys are surely eager for its review. So, without any further delay, let’s find out whether it was Entertaining or a Disaster.

The House of Dragon was the prequel to the superhit show “Game of Thrones.” Fans of the series have wanted to watch the origins of the actual game of thrones, which came as a boon. The first episode came out today. Anyone who doesn’t have an HBO subscription can read the recap of the episode right here.

Story Line of The House of Dragon

Episode 1 of House of Dragon starts with the “old king” Jaehaerys I being forced to choose an heir. It is implied that both his sons had died. The Old King doesn’t pick his eldest child, Princess Rhaenys Targaryen and instead chooses Prince Viserys Targaryen, his eldest male descendant. In the tradition of The Targaryens, a woman does not inherit the Iron Throne.

We are time travelled to 9 years later. Viserys is still the King. The time is set 172 years before the Future Queen Daenerys Targaryen’s birth, which GOT fans will be familiar with.

Rhaenyra, The King’s Eldest Daughter, has returned home and is riding a dragon. She lands in King’s Landing, where she meets her best friend, Alicent Hightower and her mother, Queen Aemma, who is nine months pregnant with what the King believes will be a son.

Gemma is sweating and tells Rhaenyra, “This discomfort is how we serve the realm.” House of Dragon clearly shares this medieval sexism from the Game of Thrones.

Rhaenyra replies, “I’d rather serve as a knight and ride to battle and glory.”

The King is with his council discussing essential matters. Lord Corlys Velaryon is concerned about the “swiftly growing alliance between the free cities,” known as the Triarchy. King Viserys isn’t sure why that’s terrible news and thinks to sit to be great news. He is shut down by The King’s HAnd, and Rhaenyra comes into the chambers.

The council then discusses other topics, including the Capital they spent on retraining the City Watch under the command of Prince Daemon Targaryen, King Viseys’ Brother.

Rhaenyra lays her head on Allicent’s lap while she quizzes the former on Westerosian history. In the Red Keep, The King has a wound that does not seem to heal, and the maesters finally decide to cauterize it. The Maester tells the Hand of The King, “Bad humour of the mind can adversely affect the body,”. He insists on keeping the King’s condition—whatever it is—quiet.

Everyone in the castle is anxious, including Viserys, who visits his Queen as she bathes. Being anxious has been the Theme of Game of Thrones and now, the House of Dragon. It is revealed here that the Queen has already lost five other children over a decade. 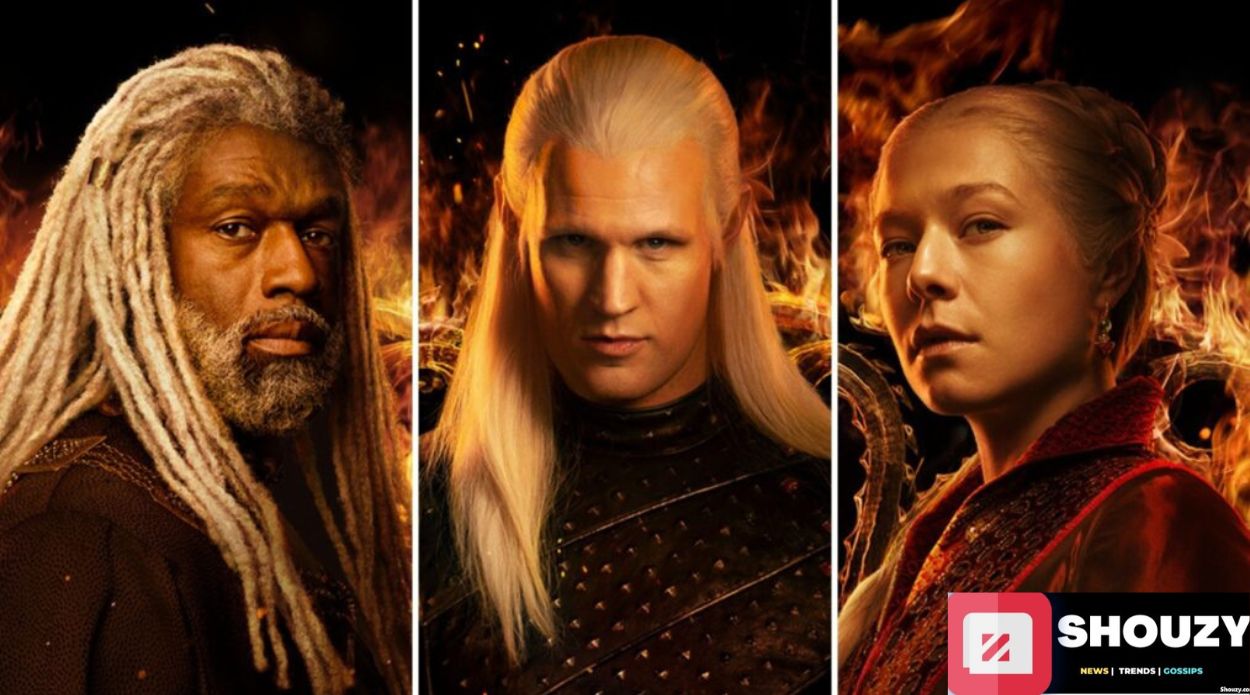 On the other hand, Prince Daemon intends to instil fear amaong the townsfolk and says, “from tonight, they will fear the colour gold.” He tortures, kills and maims anyone he deems to be a criminal with the help of his city watch. The carnage gets so much that a two-horse cart must tote the body parts. Classic House of Dragon

Daemon is having sex with his lover but is unable to perform. After his lover Mysaria boosts his confidence by telling him he is Daemon Targaryen and can do anything, he arrives the next day at Viserys’ tourney. The King announces to the people that Queen Aemma is in the process of giving birth.

Alicent and Rhaenyra gossip, and Princess Rhaenys say that 70 years have passed since any of these knights saw real war. Rhaenyra is curious and inquires about Criston Cole, a challenger in the tourney.

Daemon chooses his first opponent for the joust, Ser Otto’s son, whom he unhorses and throws down with a cheap shot to the horse’s legs. Otto doesn’t have much time to linger on this sting; he receives news of problems in Aemma’s labour and informs the King, prompting him to rush to her side finally.

The maesters take Viserys aside and ask him to choose between mother and child or risk losing both. He tearfully opts to go with saving the child.

A gruesome medieval C-section is then shown. No anaesthesia or anything is administered, and the Queen feel every bit of the pain as her belly is torn open. The Bloodbath is reminiscent of Game of Thrones, and House of Dragon takes inspiration from its predecessor.

Meanwhile, On the field, The duel between Criston and Daemon is ongoing. After unhorsing Daemon and besting him in combat, Daemon is forced to yield. Queen Aemma dies due to extreme blood loss, and the maesters congratulate the King on having a son. However, hours later, the babe dies.

Rhaenyra must give the command to burn the pyre that contains her mother in it. She yells the famous phrase “Dracarys”, and the dragon sets the pyre on fire.

The council immediately tries to decide who will be the next heir. Daemon Targaryen, the King’s brother, is first in line, but the council fears that his rule would “destabilize the realm.” Rhaenyra is the biological heir to Viserys, but as it is in the realm, a girl is not accepted as the leader.

Otto calls for Alicent, his daughter, to go to The King’s chamber sand console him. Allicent comes in with a book, In the King’s Chambers and tells the King what she went through when her mother died. She tells the King empathetically that she is sorry for his loss.

On the other hand, Daemon is invested in an orgy along with his city watch. In a speech he makes, he toasts Viserys’s son, “the Heir For a Day.” When this news reaches Viserys, he summons his brother to the Iron Throne, where Viserys is sitting with a sword at his side. He asks Daemon about these allegations, and when he gets the nod, he admonishes him for celebrating his rise during his brother’s time of grief. However, Daemon isn’t taking it. He lashes back at the King, accusing him of always keeping him away from the council and himself. “Ten years you’ve been king, and yet not once have you asked me to be your Hand,” he says. “You’re weak, Viserys, and that council of leeches knows it,” Daemon yells at the King. “They all prey on you for their ends.”

Viserys, now having heard enough, tells Daemon there will be a new heir to the throne. He commands Daemon to return to Lady Rhea in Runestone. Daemon departs on a red dragon. Viserys slices his finger as he leans back on his throne. 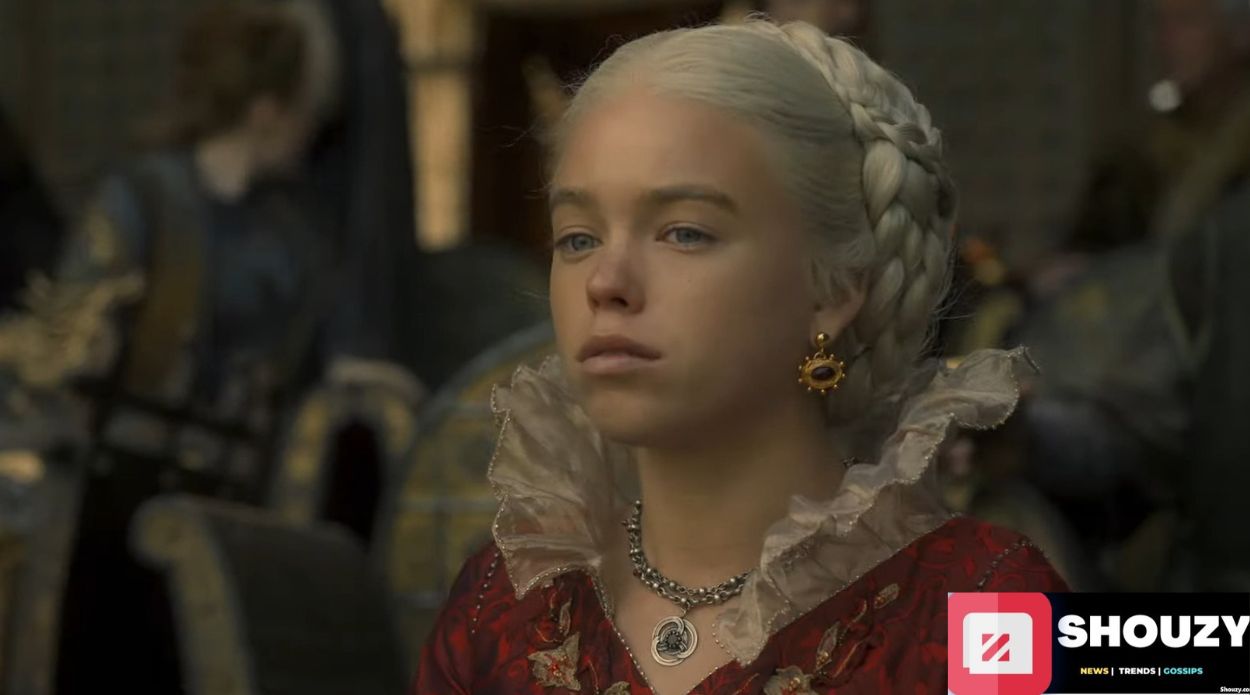 Viserys summons his daughter, Rhaenyra and reveals to her that he is appointing her as the new heir. He warns her that she should consider such power no mere privilege.

Viserys lays some knowledge on Rhaenyra and says that the Targaryen empire is strong only because of dragons. He talks to her about the end of the world of men and asks her that thewhole the whole of Westeros must fight in Unity and a Targaryen King or Queen must be the ruler.

As the houses pledge allegiance to Rhaenyra, she contemplates the long winter her father warned. The episode ends with Rhaenyra looking at the King with willful eyes.

I hope you liked our recap for Episode 1 of House of Dragon. Stay tuned for more!