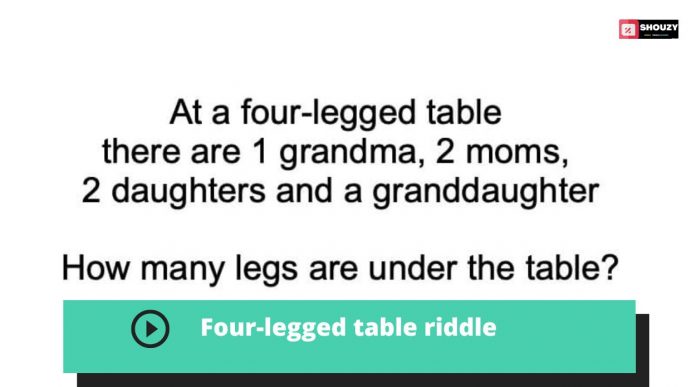 The premise of riddles has always been to fascinate and amuse people. Back in the day when cell phones and laptops were not rampant and people didn’t have any means of instant entertainment, Riddles were the savior of the day. Riddles have existed since time immemorial, and they aren’t going to cease anytime soon. Recently, a riddle has been making rounds on Social Media Sites. This Riddle is called a “four-legged table riddle.”

One of the things one can do to spend their time productively is to solve riddles, puzzles, and brain teasers online. While these riddles aid in developing critical and analytical skills, they are also enjoyable to solve.

Covid 19 lockdown saw the re-emergence of the riddle along with several others. People online have been scratching their heads to solve this riddle. Many of you will be correct, but you need not worry, even if you are wrong. We have written a detailed explanation of the solution to this riddle. Read carefully and enjoy!

One grandmother, two mothers, two daughters, and a granddaughter sit at a four-legged table. How many legs are there beneath the table?

That appears to be a large number of legs, but how many are there?

So, how many legs are there under that table?

There are a total of ten legs under the table.

We hear you asking, “How is this possible?” So, allow us to explain before you throw your devices across the room.

First and foremost, we know that the table has at least four legs, but the real meat of this riddle is how many people are seated around this four-legged table. 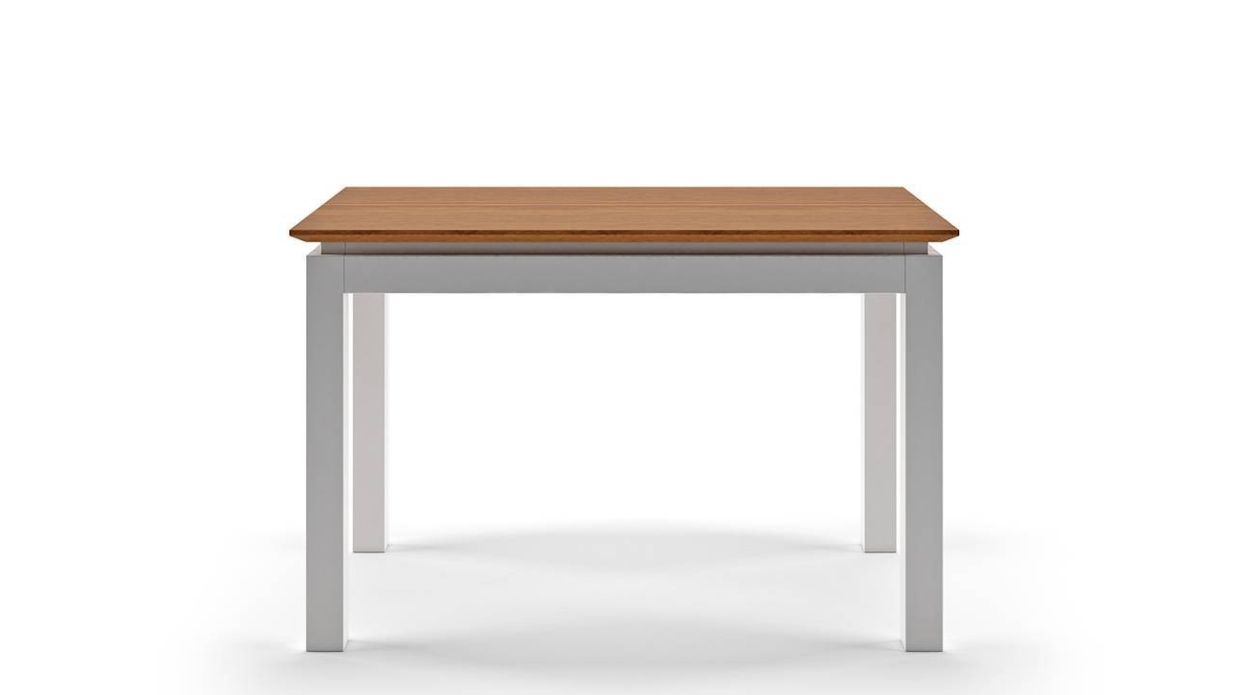 This is a riddle with more than one valid answer since the question leaves several elements unclear. The most common solution, that there are three people around the table, calls for a specific definition of the relationships between the elements. That is that there is a grandma (2 legs) who is mom to a daughter (2 more legs), and there is one other child who is somebodies daughter (2 legs). But this is far from the only valid conclusion. For example, we could say that there is one grandma who is also someone’s daughter plus two other females who are both moms and daughters, plus two more daughters who are moms (and, perhaps, grandma’s), and a granddaughter who might also be someone’s great-granddaughter.

Again, there are too many variables to indicate only one valid answer. As riddles go, this one is riddled with logical inconsistencies.

People have even pointed out the assumption that everybody involved in the riddle has two legs. This can change the answer drastically from 0 to a whopping 40. This riddle is a brilliant example of how humans perceive the written word and how they choose to troubleshoot the same. This riddle, as such, has no correct answer, and it all depends on the person reading it. That being said, the most common response is usually 10.

I hope this article on the four-legged table riddle was helpful. Stay tuned for more!