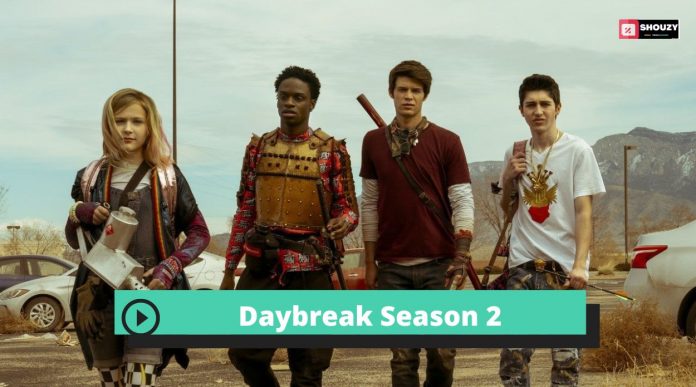 Season 1 of Daybreak came as a boon for post-apocalyptic genre fans as this had a unique take on things. The Series has comedy which is very rare in the post-apocalyptic genre. This made Daybreak popular among the masses and was one of the most watched teen post-apocalyptic shows. Loyal supporters of the show have been anxious for any info regarding Daybreak Season 2 Release Date, and we are here to save the day!

So, here is everything we know about Daybreak Season 2.

What is Daybreak Season 2 About?

The show’s premise is set in a post-apocalyptic Glendale, California. Josh Wheeler, a 17-year-old Canadian high school outcast, is searching for his missing British girlfriend, Sam Dean. A crew of misfits joins Josh in his mission, including Angelica, a 10-year-old pyromaniac, and Josh’s former high school bully Wesley, who is now a pacifist wannabe samurai. He tries to survive in the midst of hordes of Mad Max-style gangs (evil jocks, cheerleaders turned Amazonian warriors, and so on). In a classic teen post-apocalyptic Series, adults have transformed into zombie-like creatures known as Ghoulies and the mysterious Baron Triumph.

What is Daybreak Season 2 Release Date?

We hate to be the envoy of bad news, but unfortunately, Daybreak has been cancelled after the first season. The Series was not renewed for a second season by Netflix in December 2019, just a few months after Season 1 ended. Aron Coleite, one of the show’s co-creators, announced the news via Twitter.

“We were informed last week that Daybreak will not return for a second season,” he wrote. “We’re sorry we couldn’t share it with you sooner, but we’re grateful for the opportunity to hang out with all of you in these final few live-tweet sessions.” Thank you for picking up where we left off and running with it in all of your wonderful, strange, and monster ways, and for being such an essential part of this show and our experience making it.”

Also Read: Why Netflix’s Resident Evil Cancelled After One Season?

“No one is more sad and disappointed than we are that we will not be able to share more of our journey with you,” he said at the end. “But, we’re grateful to have made it this far.” 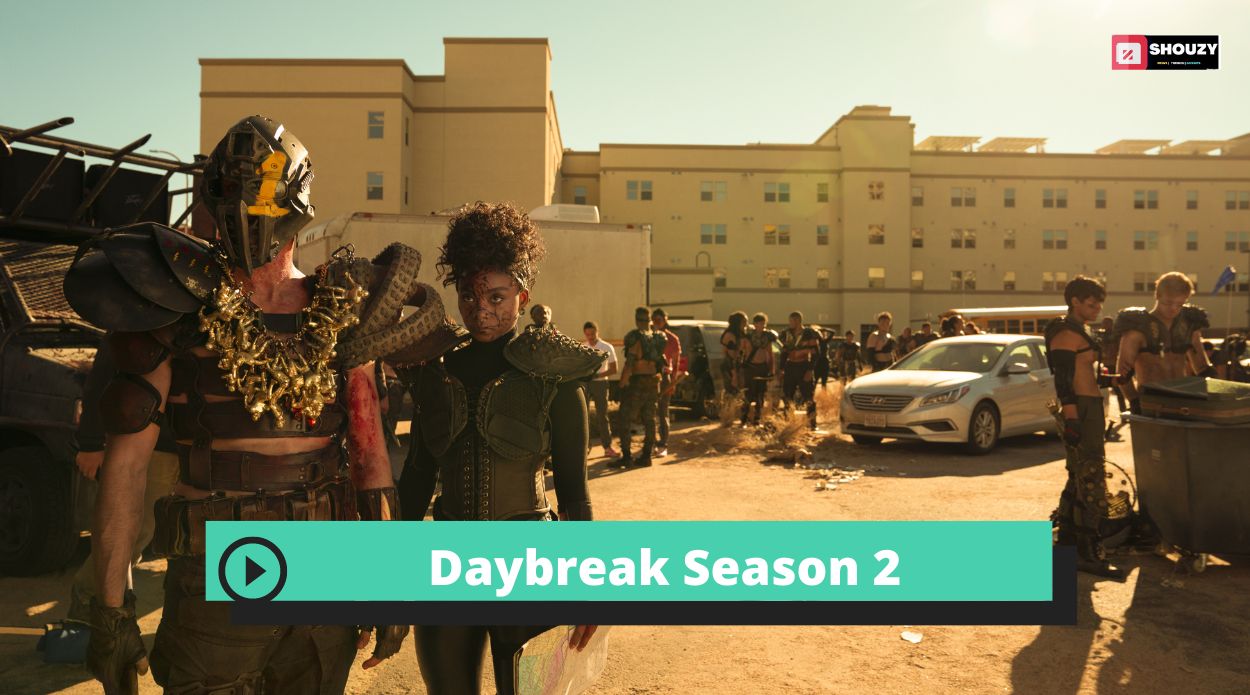 What Will Be The Prospective Plot?

If there would have been a renewal, Season 2 would almost definitely have focused on the new societal dynamics that Sam’s accession to the throne would have created. Her ascension in the finale had a sinister vibe to it, giving off the impression that her rule wouldn’t be precisely kind and just.

The season would have needed to focus on Josh’s thinking of Sam as a damsel in distress that needs saving. He needs to come to terms that Sam is her own person and not some fairytale chase that he has made in his mind. To survive the apocalypse, Josh must learn faster and better and stick to the basics of survival.

What Will Be The Prospective Cast?

There is no trailer available for Daybreak Season 2 as the Series stands cancelled after the first season. However, we are hopeful that the future might be better for the Series. Maybe some other streaming platform may pick up the Series where it left off.

I hope you enjoyed this content about ” Daybreak Season 2″. Stay tuned for more!