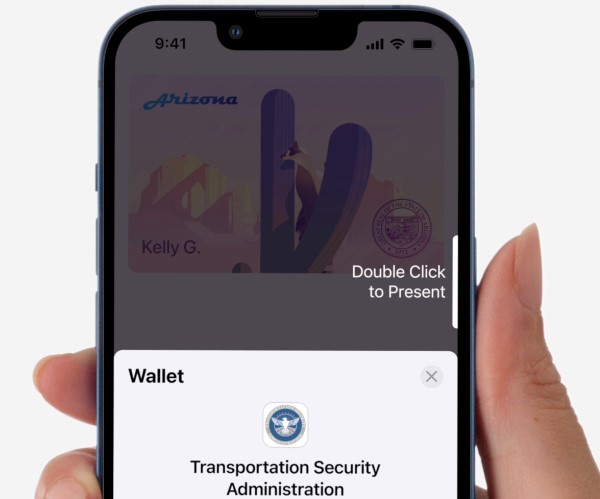 Apple announced on Wednesday that residents of Arizona can now use the Wallet app on their iPhones to store their driver’s licenses and state IDs.

At Sky Harbor International Airport, the digital ID will be accepted by the Transportation Security Administration (TSA) checkpoints. At a traffic stop, the digital licence will not work.

Apple’s long-term plan to replace physical credit cards, cash, loyalty cards, and IDs with digital ones on iPhones includes the digital ID feature. Though Wallet isn’t generating much revenue for Apple, the features are useful and make switching to an Android phone a lot harder.

Also read: Shares of Holders Technology surge on a swing up in FY 2021 pretax profit

The Wallet app can be used to initiate the process for Arizona residents. In order to use the service, users will be required to take a picture of themselves and scan their driver’s licences.

According to Apple, TSA will check a user’s digital ID by tapping it on one of its machines rather than having them hand it over. Travelers can expect that the TSA will take a photo of them as well.

The mobile ID will not be visible on the iPhone’s screen, as it would be in a bar or a government building. For example, the mobile ID in the Wallet app will not display a user’s photo or personal information. For the time being, users will be required to carry a physical driver’s licence.