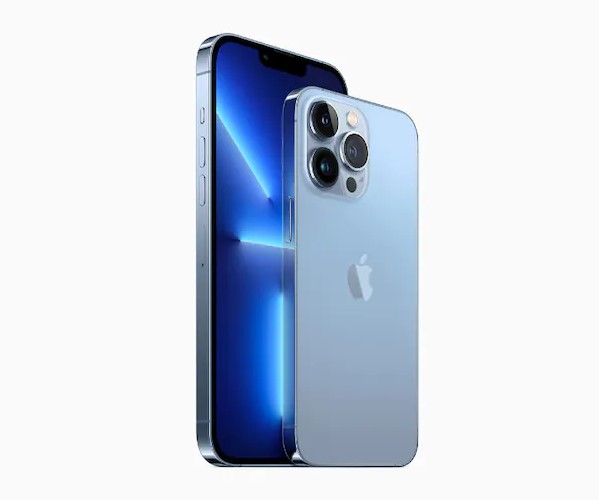 Apple’s next premium phones, the iPhone 14 Pro and Pro Max, are expected to have thicker camera bumps than previous leaks indicated. According to Ming-Chi Kuo, a well-known insider, this will be necessary because of the new primary sensor.

However, it appears from allegedly leaked schematics for Apple’s upcoming iPhone 14 Pro and Pro Max models that their overall rear design will remain the same, but they will be smaller in stature. The camera bumps on both models are likely to get bigger, making them look even more out of place.

The thicker camera bump is due to the rumoured 48MP main sensor replacing the 12MP main sensor, as had been suspected earlier. According to Kuo, the diagonal length of the 48MP module will be around 25 to 35 percent greater and the height of its 7P lens will increase by 5 to 10 percent compared to the primary unit on the iPhone 13 Pro, according to Kuo.

Also read: Google is about to improve the accuracy of Android phone location data

The new 48MP camera on the iPhone 14 Pro and Pro Max, however, could make them the best camera phones of 2022, despite the unattractive design. The iPhone 6s was the last model to feature a higher megapixel count, thanks to an upgrade in the camera. Cameras with larger sensors allow more light into the camera, which improves the quality of the image.

It was previously reported that a 1/1.3-inch sensor would have 1.25-micron pixels, compared to the iPhone 12 Pro’s 1.7-micron pixels. A technique known as pixel binning is used to combine multiple pixels into a single one in low-light situations, according to the iPhone 14 Pro. Videos in 8K resolution may be possible with the new 48MP sensor.

The A16 Pro is expected to power the Pro models, which are expected to ditch the notch in favour of pill and hole cutouts and use the faster, more power-efficient A16 Pro processor. The regular and Max models will keep their notches, while the A16 will be rebranded as the A15 Bionic and appear to be a slightly improved model. iPhone 14 models are expected to be announced in September.